Bummer Quote of the Month:
"If our technical civilization destroys itself, as is not unlikely, the survivors will not be able to rebuild it, because most of the metal ores will already have been mined from the earth." --Isaac Asimov, in an article by Steven Anzovin.

Comic of the Month: 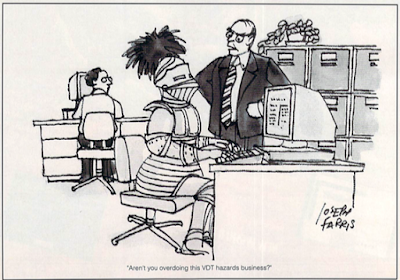 Alright, that one made me snort a little. At least it's topical about details of actual computer use, not some other generic scenario made "funny" by adding a computer.

The editors note in the Gazette section claims their now swamped with excellent type-in submissions... we'll see, I guess!

WAIT I TAKE IT BACK...THIS IS THE COMIC OF THE MONTH: 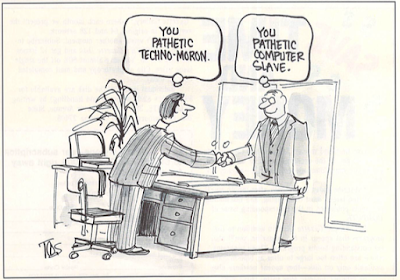 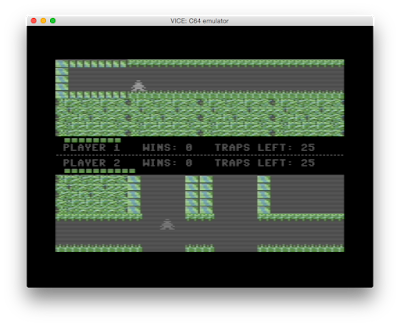 Like Danny English's other games, it's a graphically detailed flickscreener. This one is a bit different, being a two player splitscreen deathmatch. But still dull. Players can shoot eachother and in theory can lay traps with the function keys but I couldn't quite get it to work, but as far as deathmatches Gazette has offered over the years, this one seems pretty low on the list. Rating:3/5