Horrible Comic of the Month: 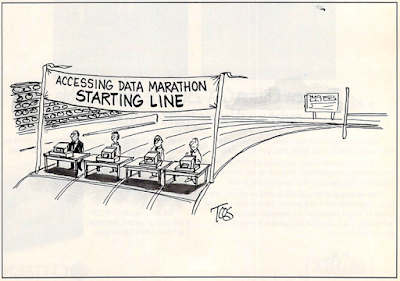 Is there even a joke there?

Quote embedded in the editor's column of Gazette, from small developer Jim Hilty:


It seems the software development for the 64 has gone full circle, from the small independent developer to the big corporate image and now back to individuals. Maybe this is good. The 64 has always been kind of a barnstorming computer anyway--just plug it in and fly by the seat of your pants. It's a fun computer, a truly personal computer, a computer that an individual can enjoy programming, a welcome friend.

Thinking about that a bit - I see what he means, C=64s certainly never felt as "just the machine I have now, I'll upgrade pretty soon" as PCs were. Though an interesting counterpoint: if you had to swap out and get your C=64 replaced or use a friend's... there's relatively little to customize on it, unlike say a PC with a big ol' Harddrive that you've filled up with your own programs and data. Put in whatever 5 1/4 you want, and the identity has completely switched over. 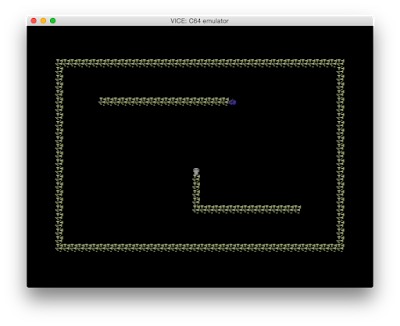 A 2-player-only Surround clone? In 1992? Really? Rating:1/5
(Only semi-redeeming part is the intro paragraph in the article: "In the year 2000, the economy is in worse shape than it is now. Competition in the thumbtack delivery business is especially fierce. Drivers go to any length to be the first to deliver their tacks.")
Oh jeez. A 128 BASIC rendition of Battleships. There might be some small variety added: "When a hit is scored, the program doesn't reveal exactly where it occurred, but displays the entire [three shot] salvo as possible hits." I couldn't quite get the thing working though. Rating:1/5

Actually, the 3-shot-salvo idea seems like an idea that could be applied to the more traditional forms of the game...