Article on online dating... OKC is still a long way off! 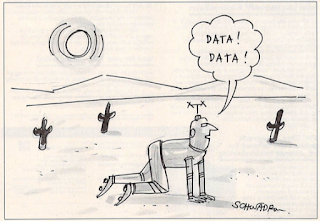 The editor's notes in the Gazette section (kind of defensive, about how the 64 was still chugging along) made me realize I can't think of much that I did with that system that wasn't a game, or programming (which is a bit self-referential) I guess I tried some word processing in high school, and it was a bit better than my electric typewriter (even with the "preview the line before it types) feature.

The Beginner's Basic section has been getting into hardware hacks using the joystick port as output, which is kind of cool.
"If you're the kind of person who gets a kick out of popping balloons, you'll love this game for the 64". Heh. At first the simplistic graphics and hyper-old school idea was kind of off-putting, but solid gameplay puts this back into the realm of the "pretty much ok".  It takes Kaboom!, flips it upside-down, but then adds a space-invaders twist that you can shoot the pin to take out a balloon. Shots have to be aimed carefully, but the collision attack takes less skill, but then again you're stuck waiting in place if you are going to go kamikaze... so little strategies emerge, plus there's some thoughtful breaking up off the gameplay into levels etc. Rating:3/5
A sequel to September 1987's Sub Attack (though that was 2 player only and this has one or more players swapping the joystick.) This screenshot doesn't do it justice...various levels eventually sport like 3 types of subs, 3 types of aircraft, and even enemy boats and mines, and clouds and murky water, and there's tons of attention to detail, like enemy subs can hit each other, and nice little splashy (literally) explosions... but it's difficult. Even at 50% speed, the first level is too difficult for a typical player. And it's unforgiving... not only are the subs gunning right for you, but those splashy explosions will kill you as well. I think even in 1992, it would be rare to find a player giving a Commodore 64 games as much focused effort as this one demands. But I don't want to knock it too much, because maybe I'm just a big wuss. Rating:3/5
Two solitaire variants, pull cards from the bottom of the pyramid that are unblocked, one number higher or lower than the digit showing on the discard pile. (The other variation is 2 cards that add up to 9) Competently done (though I think moving the cursor only to places that were valid to click would make more sense, rather than jumping around a grid) though I think the gameplay mostly devolves into a luck-based wordhunt. Rating:3/5