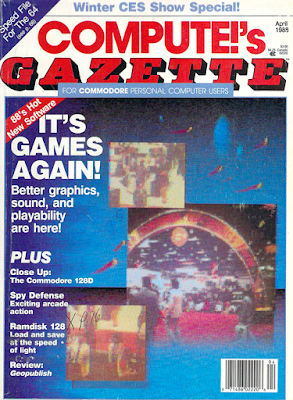 They started a new "Letters to the Editor" column, more touchy feely than the historically more technical feedback section.
Weak-sauce "Pole Position" clone. Is it mean to point out when a type-in clone pales in comparison to the Atari 2600 port? (Though it reminds me of a cool website I found a while back: Lou's Pseudo 3d Page that went into entertaining and geeky depth as to how old systems made convincing road effects, including Atari 2600 Pole Position) Rating:2/5 I think my favorite part was the art from article:

Sweet ride, man!
Interesting flying around and shooting game.. what's the genre, like "non-scrolling Defender" maybe? So you pilot the "Laser Striker". Aliens that look like whirling shuriken harass you. Firing to the left or right spits out a powerful laser, and firing down drops a bridge piece- your goal is to build a path for your tititual spy to cross. Every once in a while a helpful supply satellite bounces along the top, touching it undoes damage and gives you bridge pieces. (Oddly, your craft drifts slowly downward if left unattended, but it's ok because you can't hit the bottom.) This game is ok but never really comes together; maybe if shooting an enemy caused the bridge pieces to drop, so you had to worry more about the shooting timing? As it is the combat just has a simplistic fire and dodge feel to the gameplay, the enemies behavior isn't much more than hovering towards you at angles. (Later enemies start firing back a little, I think more care was taken an increasing the stuff thrown at you vs making sure the core gameplay was good.)

I was wondering about the odd symbol on the title screen: 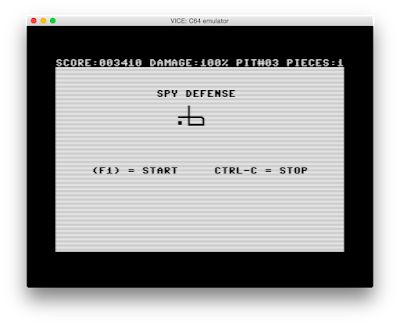 Given the science-fiction (and covert operations) theme, I wondered if it could have anything to do with the logo of "The Visitors" from the 1983 V Miniseries; 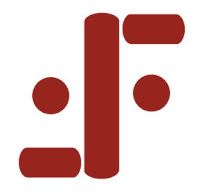 Maybe too much of a reach? Rating:3/5