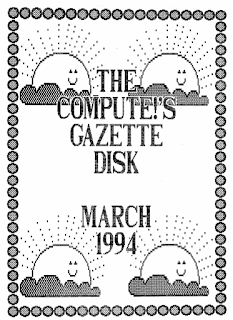 Here in the waning days of Gazette, I thought I'd make one comment on their loading program. Every time you go to run their text file reader, you get this screen: 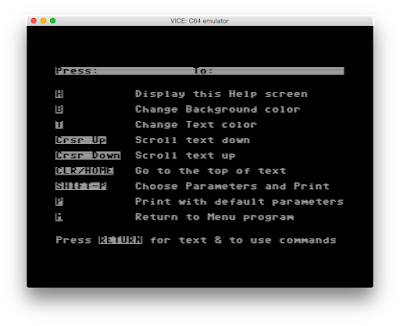 A. It's goofy that they despite all these commands they don't have a simple convention for "next page", like maybe space bar- just scrolling one line at a time via the arrow keys. I think the "more" program had been available on Unix since like 1978?

It reminds me of this Dilbert cartoon, also from 1984:

B. It would have been more sophisticated to just have a simple, permanent bar on top of the screen with like "SPACE -NEXT PAGE : CRSR - MOVE UP/DOWN : M - MENU OPTIONS". Having to always go through the same page for every article is just clunky.

So I don't mind bad UI when it reflects limitations of tech of the time, but I don't think that this is one of those cases- it's just a lack of thoughtful imagination. (But it's nice that they tend to keep the main menu in memory, so there's not disk access to return to it.)
This is a straightforward subset of the card Set, where you have to pick out three cards (in this case 'groups') where shape, color, and pattern all match or all different. Here a round is played against the clock, one set at a time. Rating:3/5

There's been a few variants of "Snake"/Surround in the run of this magazine - this isn't the worst, nor is the best. Colorful, with player navigating through to grab a randomly placed treasure while avoid the tail and the (clichéd) happy-face enemies... Snake Pit was probably smarter in combining the "moving enemies" and "treasure to seek" into one play element. Rating:3/5, and that's being generous... maybe because the colorful blocks remind me of Crossroads (same issue as "Snake Pit", come to think of it.)