Comic of the month: 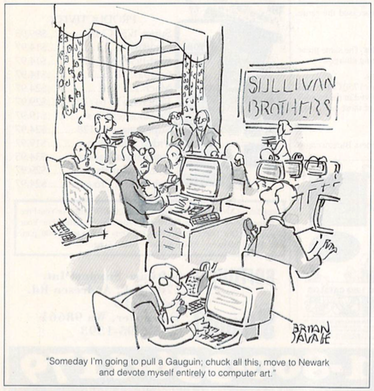 Man! That's some good name-droppin' there.

PD Picks are Mille Bornes (there was a great PalmPilot version of that card game called "Rally 1000") and Maximum Overdrive, which basically gives you the C=64 bootscreen in a prankster mode,  for example like you're calling up NORAD...

2-player only checkers/chess like game, where ships of different gun ranges and movement abilities take turns moving and/or attacking. Rating:2/5 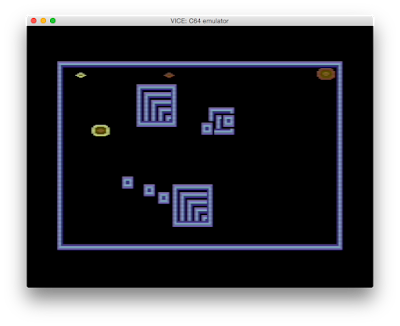 Bonus points for the made up alien language on the title screen. It's a deathmatch, though no shooting, touching the piece of your color makes you dangerous to your opponent for a bit, plus you can kick around your opponents' charging piece. After the powerup goes away the charging piece reappears elsewhere on the screen. Guess I gotta try it with two players Tentative Score:3/5
4x4 Rubic's Cube simulation. Ugh, besides the obvious compromise in showing 6 faces without fully indicating their connections, the Row/Col stuff seems to be joystick, not keyboard? Even though it's number entry? Rating:2/5