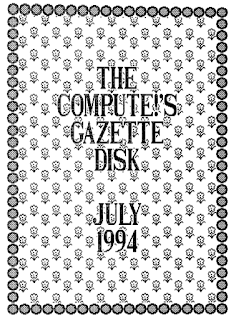 I kind of gave up tracking the PD Picks, especially whe they're not games, but Globe by John Crider is pretty amazing, that thing is is rotating and you can use the joystick to swing it to various angles: 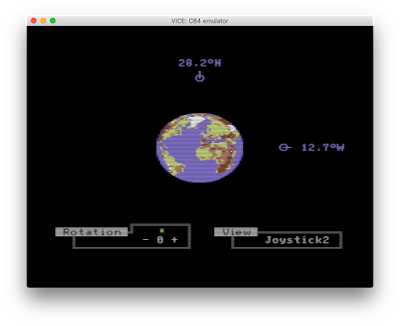 And also, it was not a great month for games:
This 128 game is made by the same folks who made Starship Battles and presumably also appeals to people who like menu-drive spaceship games. Rating:2/5
I hated this less than some solitaires. You want to find a pile of cards of the same suit that add up to 15, so they'll then be removed, but you can't use 10 or face cards, which have to be removed all at once. Good use of colors (two shades of red, two of grey) to reinforce which suit is which. Rating:3/5